The Patron Saint of Dubrovnik

A saint of foreign and oriental heredity

„Sveti Vlaho“ or Saint Blaise is the patron saint of Dubrovnik. In the local dialect, his title is „parac“, meaning patron. The name Blaise comes from the Latin version of the name Blasius, while the local name Vlaho comes from Greek version Vlasios.

AN APPARITION IN THE DREAM

According to old scripts and legends, Saint Blaise was chosen as the protector of Dubrovnik at the end of 10th-century. Even though Dubrovnik was at the time unmistakably part of western Christian culture and views, the reason for choosing Saint Blaise, a saint of foreign and oriental heredity, most probably stemmed from the fact that Dubrovnik was, at those times, under the rule of Byzantium. 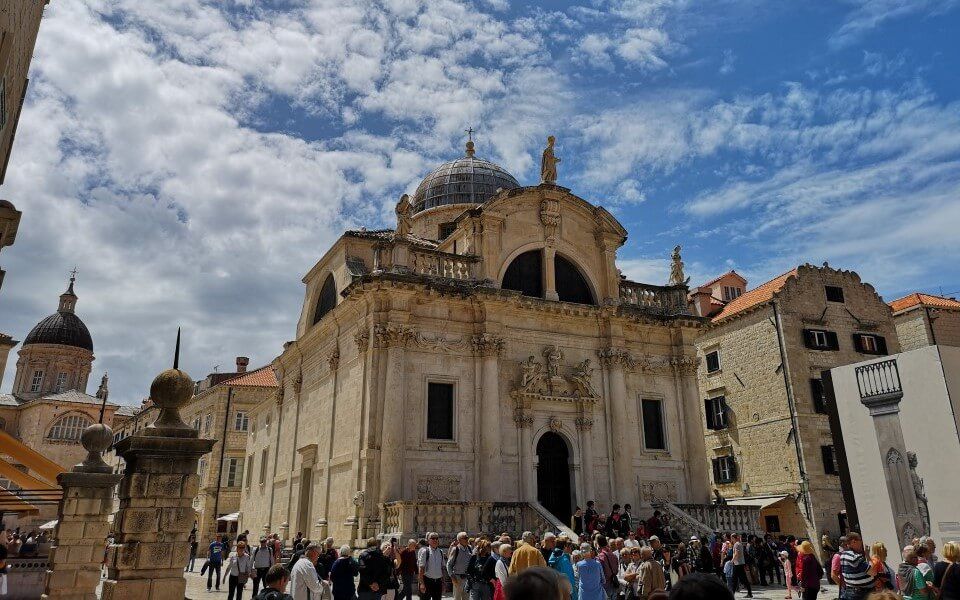 According to the legend, St Blaise appeared in 972 to the local priest named Stojko in his sleep, calling upon for the defense of Dubrovnik from Venetian attacks. Alarmed by Saint Blaise’s message, Stojko rushed to the city council and warned them of the impending attack. The gates to the city were quickly secured, and the mighty walls of the town were manned for the city’s defense. The saint was thereupon chosen as the new patron saint of the City. Before that, the twin patron saints were St Sergius and St Bacch.

According to Catholic tradition, Saint Blaise was a 4th-century bishop of Sebaste in Armenia who was martyred in approximately 316. He was born to a wealthy Greek or Armenian family in about 280, and he studied medicine, which he practiced with great skill.

Saint Blaise healed a sick boy who was choking on a fishbone. The boy was at the point of death when his mother brought him to Saint Blaise. He placed his hands on the boy’s throat, prayed to God, and healed him.

On account of this miracle, Saint Blaise has since been invoked as a protector against throat illnesses, including sore throats, and other associated maladies, such as tonsillitis and respiratory problems. If you would like to hear more legends about St Blaise, join us on our Hidden gems of the city tour.