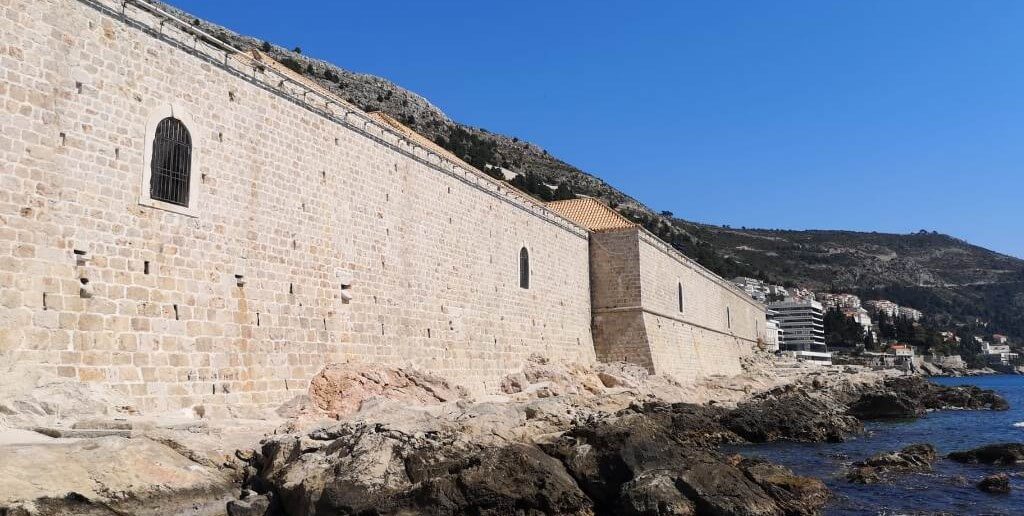 The meaning of ”stay safe and healthy” in the Medieval age

What patrimony Dubrovnik has us proud of amid the most recent pandemic and Covid 19 lockdowns? Is there a simple answer? ”Stay safe in Croatia” is our new national logo but there is so much more to this story. Bear with me. Even better, join us on a tour of Medieval Dubrovnik.

The “plague of the maids”

During the Middle Ages, epidemics of at the time incurable diseases ravaged communities across Europe, changing forever its social and economic fabric. Dubrovnik, given its geographical position between the East and the West, could not be spared because it maintained heavy commercial traffic and trade links with the Mediterranean and the Balkans.

The government aimed to protect its territory from the plague. They also wanted to uphold the reputation of a safe and healthy community. Port authorities exchanged information on sanitary conditions and did not hesitate to proclaim strict precautionary measures even at the slightest suspicion of infection. Our ancestors knew that being labeled as a safe destination meant a great deal in the business world; just as it means to us nowadays during the post-Covid 19 adversities.

Today, the Lazarettos of Dubrovnik are a tourist attraction

The epidemic broke out during the festive time of the year, on Christmas Eve, and a series of solemn masses. The pious received massive communion in the crowded churches which did not quite help this wildfire. It spilled over from the Ottoman-controlled hinterland into the Dubrovnik territory and spread into the urban center of the state by the beginning of January 1691. Famine, wars raging in the immediate neighborhood coupled with Venetian determined attempts to disrupt Dubrovnik trade and the supply of food were almost ideal conditions for the spread of the Black Death.

All victims of plague mentioned in the registers of the health officials came from the lowest social ranks. Maids were susceptible to plague due to malnutrition and greater exposure.

Among the first to die, on 14 January 1691, in a wine cellar, was Katarina, the servant of the priest Luka who lived below the Minčeta Tower, near the northern city walls. Her death prompted the isolation of the entire quarter below the Minčeta and the neighboring streets. Lockdowns were standard procedure. Ring any bells?

What you need to know is: on July 1377. the government in the Republic decided that it is of utmost importance to build a quarantine where everyone who had visited countries affected by contagious diseases had to spend 40 days in isolation.

Would you be surprised that the latter part of this message is quite simple? Life is a journey-days pass. The memorial plaque with this ominous inscription found etched on the wall in the Franciscan monastery is the reminder of the catastrophic plague epidemic in 1526. killing 20 thousand people in Dubrovnik. This old plaque is one of The Hidden Gems of the City.

Times have changed perhaps, but we can all still agree that nothing is more important than our good health. It has become the capital asset. Stay safe in Croatia and Dubrovnik (if I may add).